Home Activism YouTubers! Make Sure You Have Other Sources of Income Now!

YouTubers! Make Sure You Have Other Sources of Income Now! 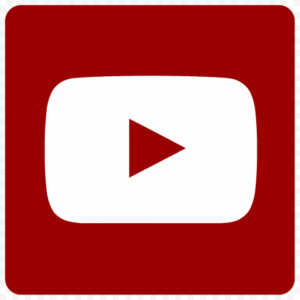 There has been a disturbing trend in YouTube. Anyone standing up against any kind of discrimination is being targeted. Their videos are not only being demonetized, but wrongly flagged as “violating community standards”.

So far, people I know of who’ve had videos wrongfully yanked in the past week are F.D. Signifier, Ask a Mortician, and Jesse Gender. I’m sure there are more. It appears that it’s mostly those who are monetized who are being targeted. Perhaps whoever is managing the YouTube sector for Google is trying to figure out a way to reduce the number of people they have to pay. They may be trying to cut costs by getting rid of content creators they view as “inconvenient”, and since the nazis make them more money, they’ll shave off the Black and LGBTQIA+ people first and hope nobody cares.

In 2019-2020, there was an issue with some racists harassing Carlos Maza, a Hispanic, Gay former reporter for Vice, and using their YouTube channel to encourage it. Because of that scandal, many YouTubers deleted or unlisted all of their content so that all anyone could find on YouTube was fascists and people who don’t care enough to pay attention. Of course their viewership went down dramatically because all of the interesting people were invisible or gone.

If you are relying on YouTube for income, understand that they are not interested in protecting us. They will only care about our presence on their platform at all if enough of us decide we’ve had enough. So if you can afford to, find some other way to make money because this time around, people who were around for the Carloz Maza situation may not return.

One reason I only use them as a convenient place to host videos I don’t mind being public is because of that incident. It let me know where we stand with them. They promised to do better, and seemed to for awhile, but I guess that nazi money is just to good, so they’ve fallen back.

If they keep messing with us, I will just delete all my content there for good this time. I have over 20 domains on excellent hosting services. Also, Vimeo, Bilibili, and countless other of their competitors still exist, and more will grow when YouTube implodes on racists and homophobes.

Just understand that unless something changes soon, YouTube is dying. It was good while it lasted, but once a place ceases to be safe for marginalized people, it becomes a right wing circle jerk, and then it becomes irrelevant because it stops being interesting.

If you need your videos to bring in an income, I recommend Nebula, Patreon, and other sites that aren’t so biased against truth and brown people. If you want to learn how to make this thing make money without relying on a platform that will shut you down because you triggered someone’s fragility, sign up and read my article with a very simple 3 step method to making video platforms work for you even before you get monetized.