Real Alternatives to YouTube for People in Marginalized Communities 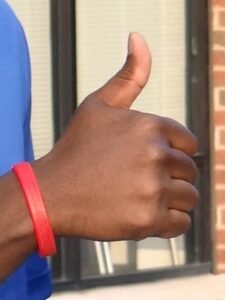 We all know that YouTube is not the only video hosting platform, but when you need an alternative, you don’t want to go somewhere with the same problems. So I am doing a bit of research on what other platforms there are for those of us who really don’t want to share space with racists, misogynists, and homophobes. We expect that in a platform with people of many nations and backgrounds, there will be some friction, but when it gets to the point that users are rewarded for being criminally hateful, a line has to be drawn. We are not slaves who must cling to services that don’t serve us.

So far, the best option I’ve found aside of signing up here at Contributing Creator level, or building your own site is ImageR Social. It is a social media platform built by African Americans who are not shucking and jiving. This is where the aware people are. So before you try anywhere else, go there and sign up, and support them. They used to be OBT Social, and you will have to make a new account, but they will import your old content to your new account. As far as I know, they don’t have live streaming yet, but they will soon.

Next best is Tribel. It’s a social media platform similar to Facebook, but it’s built to be against fascists. As far as I can see, they don’t even “tone police”. You can be a Black woman there, and angry about something, without becoming “the angry Black woman”.

Right now, their file size limit for videos is 80MB, but they say that it will increase soon.

If you prefer something more like Twitter then go with Melanin People. You have to use it as a phone or tablet app, but it will work with Bluestacks just fine on your PC or laptop. Here’s a page that talks about this and a few other Black owned social media apps.

The only one I’d say doesn’t belong on this list is Black Planet. My account was limited because I was being harassed by another member who may be pretending to be a woman, and “she” didn’t like my post that said I am not interested in absorbing anyone’s aggression against women. So they have a misogyny problem. You’d just be jumping out of the frying pan into the fire there.

Bebuzee was founded by an African man. It has many capabilities that other social media doesn’t. Once you dig into it and learn all the features, you understand that it was built for serious business people. It’s one of those “best kept secret” kind of platforms that you’ve visited a lot but just didn’t know it. The problem is that the guy who founded it is said to be a fraud. A lot of people from Nigeria are angry with him. The site runs. It is a little buggy sometimes, but it runs and it’s not being search engine penalized as far as I can see. This article is referenced in my blog there, and as you can see, their links are long but “pretty”. This is a big advantage over other platforms. So you may want to use it as long as it lasts and hope they work out their problems. I think he has sold it, but I don’t know to who.

On these, you’re among your own people. Everyone is African, adjacent, or at least not anti Black. Everywhere else, you’re taking your chances and might run afoul of someone’s fragility.

If you are any flavor of kink, even if most of your content is fairly G or PG, everybody is welcome at Fetlife. You’d be surprised that even though nothing there is publically displayed, within the network, you will get a lot of visibility from folks who aren’t judging you. Before you ask, there is a high African and diaspora presence there, and people get deep into some harsh and potentially triggering issues, and find supportive, healing community.

Since people in the LGBTQIA+ community are facing a lot of harassment and discrimination and uninvited sexualization and objectification just for existing, there’s something to be said for a place where you’d be considered relatively wholesome and vanilla, especially when you are. I actually get clicks there even for my boring articles on internet and marketing. If you find me there, friend me.

I’m not saying you shouldn’t use the larger general platforms at all. Just don’t get too comfortable in them, and don’t bank on staying with them for long. Get what you can. Just post on your own space and in your community first.