How YouTube Disrespected Kat Blaque At a Recent Event 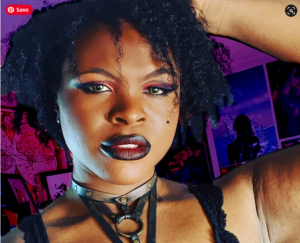 As if you didn’t need more encouragement for breaking dependency on YouTube and other of the mainstream (read defaulting to “white” supremacist) platforms, this is how they disrespected Kat Blaque at a recent event. They tokenize her as the trifecta “Big, Black, Trans” woman to prove their supposed diversity, but then, well, I’ll let her tell it.

Then once I got there, a cartoonish series of events occurred. I flew in very very early after a very stressful weekend and was kept in the dark the entire time about the event. I was systemically excluded from the event they flew me out to participate in. I wasn’t given direction from YouTube about where to be and when to be there and so I sat quietly in my hotel waiting to hear back from them. I wouldn’t find out until the following day after I reached out to them directly that there were a slew of events that happened that were never communicated to me. I was supposed to receive an email, but the email was never sent. I was supposed to receive a paper itinerary delivered to my room, but it was excluded from the package left at my door. I was supposed to receive direction from the hotel about where to be, but said direction was never given. So I essentially wasted 3 days sitting in Atlanta in a hotel