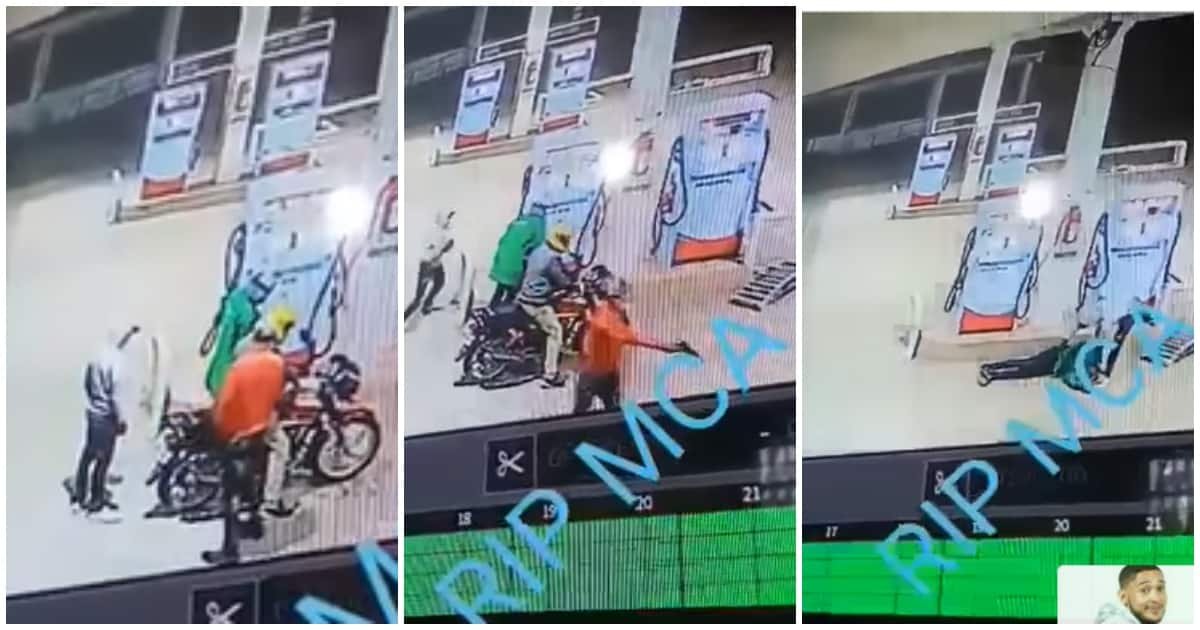 The three robbers who had gone to the station under the guise of buying petrol hit the helpless attendant with an object sending him to the ground unconscious.In the chilling CCTV footage making rounds on the internet, the robbers then went on to hit more with the blunt object while robbing him.